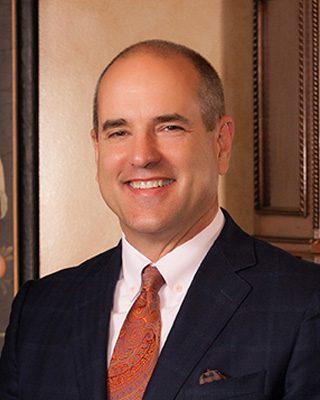 Joe concentrates much of his work in personal injury, product liability, wrongful death, contractual disputes and commercial litigation. He also handles complex medical malpractice actions, employment litigation, and workers’ compensation. From 1986 through 1996, Joe’s practice consisted primarily of insurance defense in many diverse areas, providing him with experience in such issues as arson, vehicle accidents, premises liability and insurance contract disputes.

Joe has represented both plaintiffs and defendants in many medical malpractice matters involving allegations of negligent health care performed by hospitals, doctors, chiropractors, pharmacies and their staff. He has acquired knowledge of numerous medical conditions, including hospital-acquired infections, drug interactions, orthopedic injuries, diseases of pregnancy, and diseases of the heart and other organs. He has consulted and has immediate access to experts in medical matters.

Joe has represented several claimants under the federal Vaccine Injury Compensation Act, a highly specialized area dealing with injuries to children caused by vaccines. He successfully tried, before the United States Court of Claims, the case of Wilkerson v Secretary of Health & Human Services, an unusually complicated vaccine case.

In 2000, Joe played a major role in the case of Missouri Consolidated Health Care Plan v. Community Health Plan, which was tried in Federal Court in Jefferson City, Mo., and resulted in a jury verdict of over fourteen million dollars. His first experience with commercial litigation came in 1987, in the case of Hillyard, Inc. v. Pitzer Products Co., in which he served as second chair, handling all of the expert testimony involving complex issues of chemistry and physics. The case resulted in a verdict of 2.6 million dollars, the highest verdict ever rendered at that time in the St. Joseph Division of Federal Court.

Joe has been admitted to practice law in Missouri state and federal courts since 1983, as well as the United States Claims Court.

Joe is very active in his church and community. From 1986-1993, he was a member of the Board of Directors of United Cerebral Palsy of Buchanan County and Board of Trustees of the River Bluffs Regional Library. He currently serves as a member of Board of Directors of the Albrecht-Kemper Museum of Art. He is very active in his church, Calvary Chapel of St. Joseph, and an active supporter of the St. Joseph Young Life since 1997, serving as a chairman from 1999 to 2000.